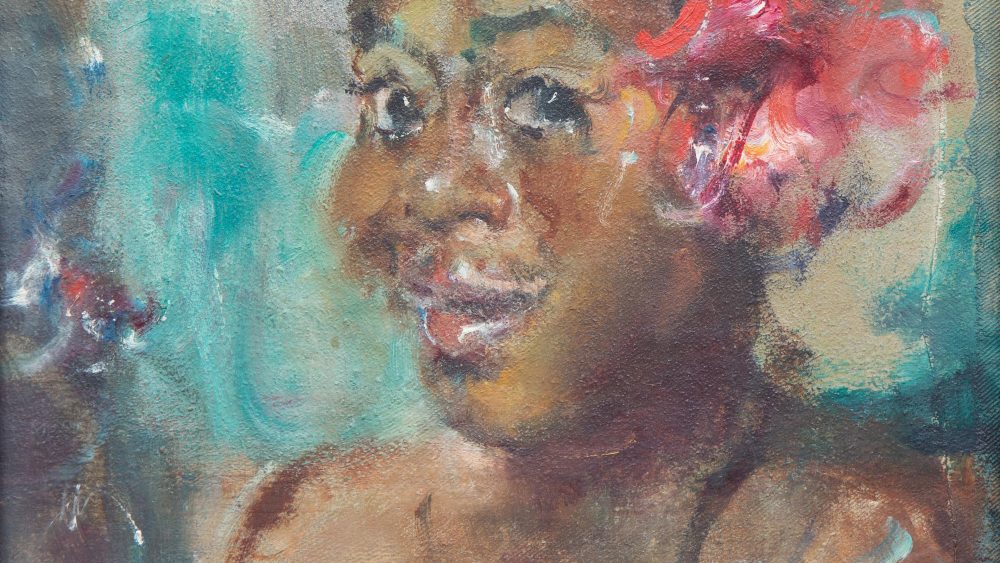 Antonio Blanco, of Spanish descent from Catalonia, was born in Manila, the Philippines, in 1911. He studied painting at the National Academy of Art in New York City USA, in 1934. In 1952, Blanco moved to Ubud, Bali, where he married a Balinese woman – a dancer named Ni Ronji – and built his home-studio. King Juan Carlos I of Spain bestowed the title of ‘Don’ on Blanco in 1992. He held solo shows in 1951 at the Nichido Art Gallery in Tokyo, Japan, and in 1983 at Oet’s Fine Art Gallery in Jakarta.

The flamboyant artist had a very lively and spontaneous style that matched his colourful life. Blanco used expressive brush strokes to mostly exclusively focus on voluptuous female figures, often in suggestive positions. His style is romantic-expressive and dreamy. The artist frequently designed and created his own unique frames, which often support the painting’s themes. It is suggested that the lot on offer could be Mario Blanco, the painter’s son.

The Blanco Renaissance Museum, Antonio’s lifetime dream, was opened in December 1998 at his residence in a beautiful environment, where more than 300 works of Antonio are exposed in chronological order to show his artistic development. The sumptuous and impressive building offers a glimpse of the theatrical character of the artist. He emulated the flamboyance of Dali, to whom he has been compared.