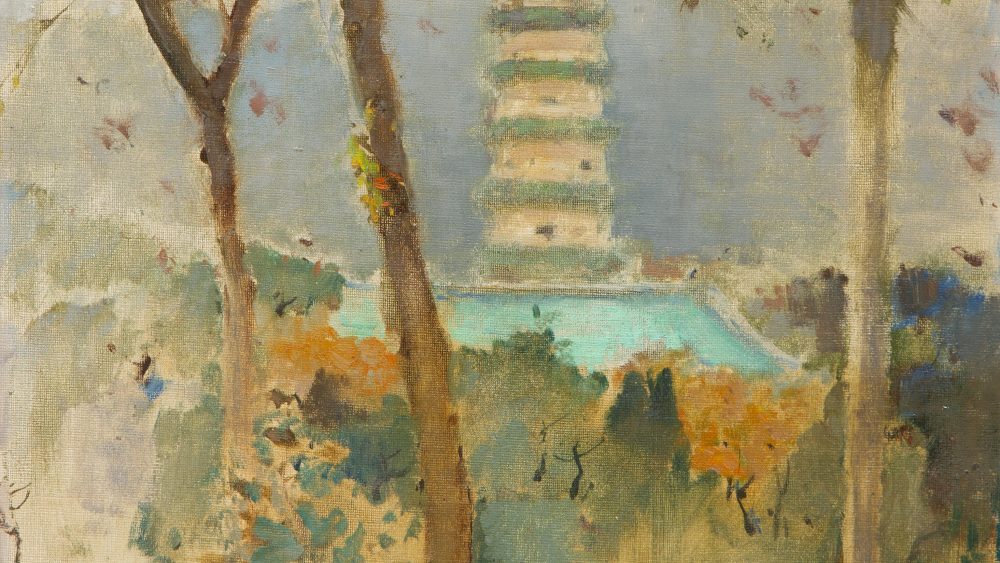 Lee Man Fong’s art is characterised by a high degree of technical skills combined with pleasing aesthetics.
Lee Man Fong was a master of all techniques Whether he drew in pencil, charcoal, pastels, or painted on canvas and board, he was a master of all materials and techniques. His abiding interest in the interplay of black and white led him to Chinese ink and brush. His keen observation of shapes and motion resulted in paintings that employed the use of Chinese brush strokes. This way of painting is known as the Eastern style.
The Eastern Style’s trademarks include a timeless calm and harmony expressed through pencil strokes deriving from calligraphy. The Western influences are expressed through use of darker colours and the use of light and shadow, particularly influenced by the likes of Rembrandt. His main innovation in style was Lee Man Fong’s integration of elements in Chinese/Eastern art and Western art into a new genre, often referred to by critics as ‘Chinese Western art’. Both his Eastern style and his Chinese Western style paintings were regarded by Lee as equal in their own unique ways. The present lot is a clear example of Lee’s Chinese Western style. Regarding the importance of craftsmanship, Lee Man Fong said the following: “I believe that first and foremost art is about the mastery of technique on shapes and motion.”
In 1956 Lee Man Fong visited China. During his travels he met the revered and famous Chinese painter Qi Baishi, who inspired him to continue painting in Chinese style. Despite this advice, Lee Man Fong did not cease using the light-dark claire-obscure effect he so admired in Rembrandt’s oeuvre.